Big News! All future episodes of the Fruitful and Fearless podcast will be on their new home FruitfulandFearless.com 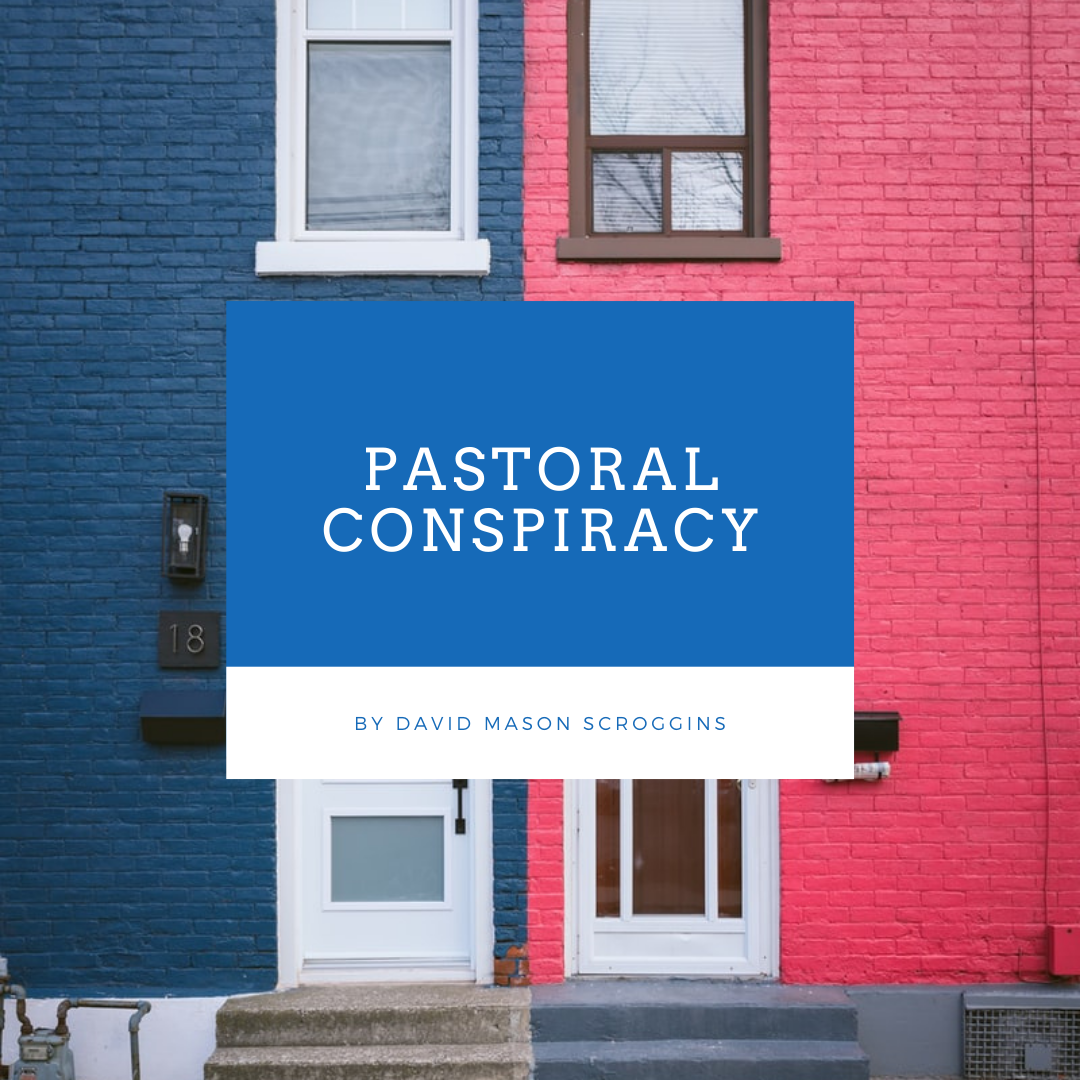 And Absalom used to rise early and stand beside the way of the gate. And when any man had a dispute to come before the king for judgment, Absalom would call to him and say, “From what city are you?” And when he said, “Your servant is of such and such a tribe in Israel,” Absalom would say to him, “See, your claims are good and right, but there is no man designated by the king to hear you.” Then Absalom would say, “Oh that I were judge in the land! Then every man with a dispute or cause might come to me, and I would give him justice.” And whenever a man came near to pay homage to him, he would put out his hand and take hold of him and kiss him. Thus Absalom did to all of Israel who came to the king for judgment. So Absalom stole the hearts of the men of Israel. 2 Samuel 15:2–6 (ESV)

The Devil whispers the perennial Absalomic conspiracy in the ears of many young aspiring pastors today. Pastoral interns and those still in training are tempted every day to sow seeds of discord that they know could grow in their favor. Absalom’s conspiracy holds pastoral warnings for those on both sides of the scheme.

The key verse to this text is verse six wherein Absalom steals the hearts of the people. The keyword is “stole”. Even if Absalom was the king instead of his father David, though, the hearts of the people still would not belong to him. The role of a king is similar to the role of a pastor. The pastor’s flock is no more his than the citizens are the king’s. The flock is not given to the pastor; it is entrusted to him (1 Pet 5:2). He is to shepherd the heart towards the master, not himself. For shameful gain, Absalom was willing to undermine his own father’s kingship to secure the throne for himself. If you look to 1 Peter 5:2 Absalom was pulling a work-around to the “not under compulsion” clause. He wasn’t twisting the arm of the men of Israel to crown him. They did it willingly.

Pastor, we must guard our own hearts against falling into this temptation to overthrow authority by the will of the people. Majority rule is not always just. Pastors, by the gift of God, have been endowed with persuasiveness, but we are to use this righteously[1]. Absalom created a conspiracy that may have even contained a kernel of truth, but it was still deceptive. David very well could have been more attuned to the hearts of the people. In this case, Absalom’s duty to his father was loyalty. If he was wise enough to notice the failure on behalf of the king, he should have been judicious enough to bring this to his father’s attention, not exploit the issue. The Absalomic pastor doesn’t shepherd, he day-dreams of shepherding. “Oh, that I were pastor in the church! Then every man with a problem might come to me, and I would give him counsel.”

If we find ourselves acting with a savior complex in any capacity in ministry we should repent. Truly loving the flock looks like acting in their best interest, not our own. The way of the kingdom is upside-down[2]. If you want to lead, you must follow. If you want to be first, you must be last (Matt 20:16). Humility is the only way to guard the nobility of the elder(Jas 4:10). The trustworthy saying that aspiring to the office of overseer is a noble task is completely tarnished if the aspirations are rooted in pride(1 Tim 3:1, 1 Pet 5:5).

The king of the hill is always more vulnerable as his range of motion is only downward. The minister, lead pastor, executive elder, whatever you call him, is usually the man on top. Biblically this does not mean that he is the highest in authority. However, it does mean he is the mouthpiece that the parishioners have chosen to hear the word of God. If this is you, pastor, you must take this responsibility seriously. David was too late in this conspiracy to jerk a knot in his son’s tail. Had he acted in this manner the people would have defended the man of their hearts, Absalom. Barefoot, head-covered, and weeping David retreated in humility. This could have been prevented though. This conspiracy did not happen overnight. The responsibility was partially on his own shoulders as he was unwilling to discipline his son earlier in his days. Not all pitfalls in the ministry can be avoided, but some can.

The pastor should always be shepherding the hearts of everyone that surrounds him to Jesus. This includes his fellow elders. Elders should serve shoulder to shoulder in pursuit of the purity and peace of the church. Sessions and elder boards are a place of brotherhood, not corporate rivalry (1 Pet 3:8). We protect ourselves by protecting others. And we all stand under the authority of the word being ready to repent as the great mirror reminds us accordingly.

Moral of the Story

How tragic yet familiar is the story of Absalom. The young charismatic man sweeps in gathering a mega-church only to trip and fall over himself. Absolom was not just a swooner, he had the looks to back it up.

Now in all Israel there was no one so much to be praised for his handsome appearance as Absalom. From the sole of his foot to the crown of his head there was no blemish in him. And when he cut the hair of his head (for at the end of every year he used to cut it; when it was heavy on him, he cut it), he weighed the hair of his head, two hundred shekels by the king’s weight. 2 Samuel 14:25–26 (ESV)

In the end, Absolom was his greatest enemy. He was so self-righteous that he believed he was the answer to the people’s problems. He was overly zealous to the point of murdering his brother after he defiled his sister. Drunk on a lack of discipline he thought he had it going on. He was thoroughly unrestrained, though. Perhaps if he simply had a faithful father to discipline him, he might have succeeded. What he really needed was a good dad to say, “son, you need a haircut.”

Absalom was riding on his mule, and the mule went under the thick branches of a great oak, and his head caught fast in the oak, and he was suspended between heaven and earth, while the mule that was under him went on. 2 Samuel 18:9 (ESV)

Joab said, “I will not waste time like this with you.” And he took three javelins in his hand and thrust them into the heart of Absalom while he was still alive in the oak. And ten young men, Joab’s armor-bearers, surrounded Absalom and struck him and killed him.  2 Samuel 18:14–15 (ESV)

For whoever would save his life will lose it, but whoever loses his life for my sake will save it. Luke 9:24 (ESV)